Will Repair Work be Completed by Initial March 2020 Date? 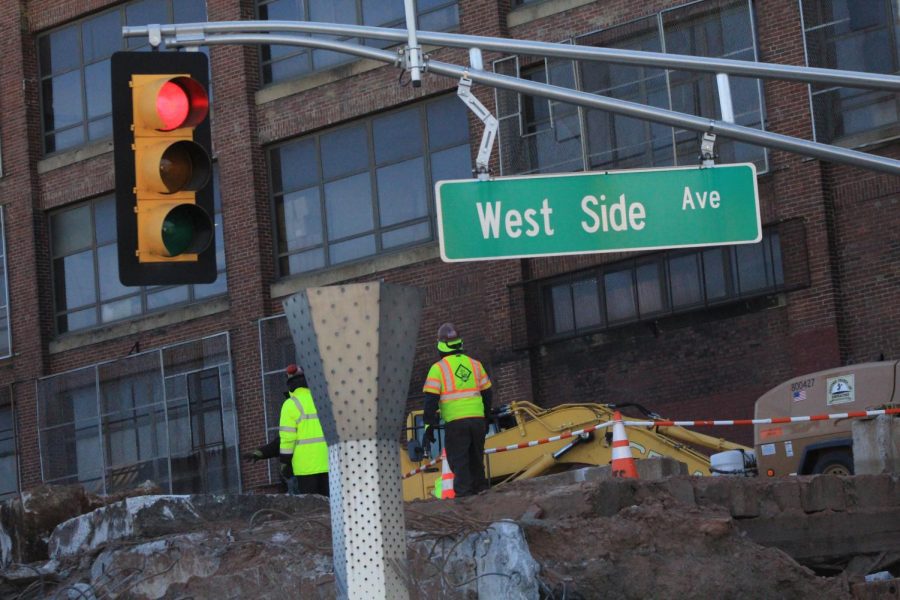 The West Side Avenue light rail station that is close to NJCU will not be reopened until April, according to the Jersey City Municipal Utilities Authority (JCMUA). Plans originally called for the station to be reopened on March 1st.

In addition to West Side, the Hudson Bergen Light Rail (HBLR) had two other stations closed in June 2019: Martin Luther King Jr., and Garfield Avenue stations.

Richard Haytas, a chief engineer for the JCMUA, said, “The work from the [JCMUA] should be done by March. Then, NJ Transit has to prepare the light rail for an expected opening of April 1st, 2020.”

Kate Thompson, a senior public information officer for NJ Transit, explained that the light rail closures are dependent on the JCMUA and not NJ Transit.

In early 2019, a sewer leak was discovered under each of the three light rail stations. The pipes connecting this sewer required repairing.

Benjamin Fernandez, a freshman majoring in Media Arts, uses the light rail to get to NJCU. Fernandez said, “I’ve tried taking the bus to campus and it’s definitely more difficult since the bus is slower and it’s inconsistent.”

However, Fernandez does consider the shuttle bus to be a “good” accommodation. He explains, “it’s a free option for those who are trying to take the light rail and it takes you where the West Side light rail is supposed to take you.”

Senior and Accounting major, Solomone Fainu, uses the light rail to get to the School of Business as well as work in Harborside. Describing the difference in commute with having to take the shuttle, he said, “It would take me 15 to 25 minutes tops to get from West Side to the School of Business, now it takes me 30 to 45 minutes, double the time, and it’s frustrating because the shuttle is also affected by traffic.”

Fainu continues in discussing other issues that have arisen with the shuttle service. He said, “Sometimes when I am on the Hoboken train heading to West Side, the shuttle will pull away while the light rail is coming to a stop at [Liberty State Park] (LSP). They couldn’t wait thirty more seconds? Now we have to wait for the next shuttle.”

This is also an issue that occurs when the shuttle arrives at LSP, where the light rail comes to a stop, people getting off the shuttle do not have enough time to get on the rail because it would already be departing. This leaves commuters forced to wait for an extra five to 10 minutes for the next light rail.

Safa Mostafa, a freshman resident at Co-op residence hall and majoring in Political Science, commutes downtown for work at City Hall and finds the light rail situation inconvenient for commuters. Mostafa said, “It takes me an hour and half to go downtown because of the shuttle bus services.”

Mostafa continues, “I really wish the university can try to get shuttle services to drive you all the way downtown, to the school of business.”

With the West Side Avenue stop being closed until April, it will have affected NJCU students for nearly an entire school year.

Future plans for NJ Transit include adding a new light rail stop at the Bayfront development. The stop will be across highway 440 from the NJCU West Campus Village project.

Thompson said, “The HBLR Route 440 Extension Project will expand the HBLR’s West Side Avenue branch. The approximately 3,700-foot route extension will include one new station west of the state highway, supporting Jersey City’s planned development on the Hackensack waterfront. Early work began in late December of 2019.”