Without Bernie Sanders, can the Democrats really beat Donald Trump? 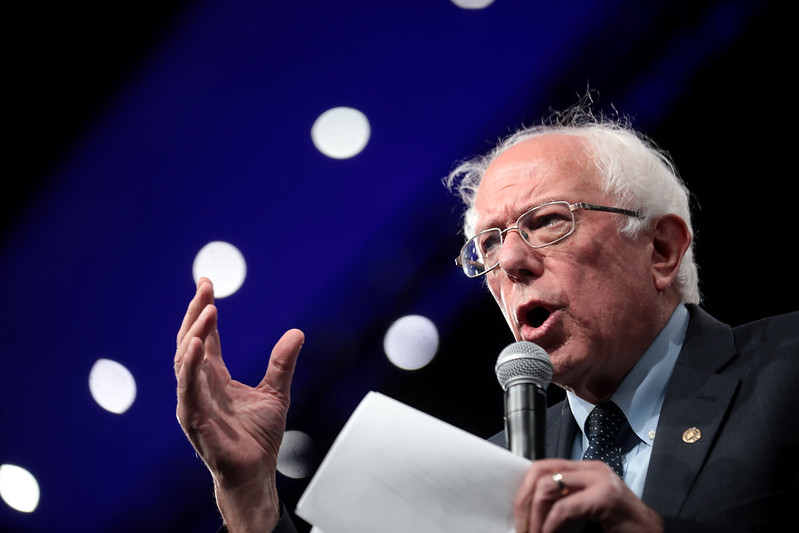 As another Presidential Election looms on the horizon and is less than seven months away, only one Democrat— a moderate known as current frontrunner and former Vice-President, Joe Biden remains and believes he could make Trump a one-term President and regain control of the White House.

This comes after former Vermont Senator Bernie Sanders announcing earlier today that he would be suspending his campaign for the Democratic nomination. Sanders says it is clear the path to securing the nomination based on delegate count was nearly impossible. However, he will remain on the ballot for all upcoming primaries which raises the question of how much influence will his movement have on the issues facing this presidential election.

Sanders is a self-proclaimed Democratic socialist whose agenda revolved around providing Medicare for all, free college tuition, elimination of student debt and raising the minimum wage as basic human rights that all Americans deserve. His progressive movement, known as a “campaign for the people by the people ” has been consistent since his attempt at the 2016 nomination and has continued to gain strong momentum among Hispanic and younger voters.

However, some Democrats were scared of the word “socialist” and Sanders’ “progressive” views because they equate socialism with Communism and are worried about American rights and freedoms being taken away. However, Sanders wasn’t trying to take freedom away, but rather give the basic rights people deserve in the same way other countries do. Several Democratic countries such as Canada, Australia, and many European nations provide universal healthcare or free college education to their citizens. While these ideas seemed radical to many, since he started his movement in 2016, these issues have become the forefront of this election. Sanders wanted the top 1 percent of wealthy Americans to pay more taxes. These are individuals whose net worth is over $10 million.

Sanders is also a strong supporter of unions and the working class. He has fought to end the strong influence that pharmaceutical companies, corporations, and insurance companies have in Washington, D.C. and wanted to change the way the pharmaceutical industry works in this country by making medications affordable to all Americans.

So, taking all of this into consideration, is Biden strong enough to take down Trump? Experience is key, and that’s something both Biden and Sanders have. While there is a clear shift in our country towards progressive agendas evidenced by Sanders’ huge popularity, many older and conservative Americans are looking towards a moderate candidate to ensure a Democratic win against Trump. There are also many Republicans who will not vote for Trump and are looking towards a Democratic candidate they can live with for at least the next four years.

Biden has spent his political career identifying as a moderate Democrat, however, his record indicates he leans more towards being a conservative. As such, his political platform really doesn’t shake-up the status quo. His huge win in the South Carolina primary set the momentum for his success by showing his ability to capture a large percentage of the African-American vote. As Obama’s Vice President, he stood in solidarity with the first African American President who was a fairly unknown Senator from Illinois; and it is the older generation African-Americans who are now repaying that loyalty with their support, while younger African American’s tend to support his opponent.

Moderate Democrats want to protect the status quo and not create drastic changes to the way our government works. They are cautious about taking on the battle against Wall Street and huge corporations that provide significant amounts of campaign funding, and pretty much remain in the middle between the conservative and liberal branches of the Democratic party. While they do want all Americans to have access to health care and education, their approach is not as radical as that of the progressives. Progressive Democrats oppose America’s involvement in foreign wars, seek a single-payer healthcare system and want to end America’s dependency on foreign oil and fossil fuels. Socialist Democrats are a working-class movement who believe in strong labor movements, protecting the rights of American workers, ending economic inequality, placing the environmental crisis the world is facing at the forefront, seek to provide a free college education for all Americans, and end Wall Street and large corporations controlling government.

If elected president, Biden will continue to build on Obama’s agenda. His campaign focuses on improving Obamacare and restoring our credibility around the world by repairing our relationship with other nations, restoring diplomacy and strengthening our alliances with other Democratic countries. Furthermore, older American’s view Biden as a safe choice as a moderate for being able to get Trump out of the White House – and that is what matters the most to many Democrats in this election.  On the first day of his presidency, Biden has pledged that he will get the United States back into the Paris Climate Agreement. With endorsements from moderate Democrats like Pete Buttigieg, Amy Klobuchar, and Beto O’Rourke, Biden has pretty much secured the nomination by focusing on restoring decency to the White House without the radical, “socialist” agendas of his opponent which may seem too aggressive for many Americans and, quite frankly, scares much of the older moderate base.

Sadly, the Democratic party felt a progressive like Sanders simply wasn’t the person who could beat Trump. However, it is my opinion that he is exactly what this country needed and what many younger voters wanted as evidenced by the momentum of his grassroots movement. Sanders is the voice of a shift in politics in which younger Americans, working-class Americans and minorities are simply tired of  “politics as usual”, and Senator Sanders would have definitely had my vote. Bernie Sanders and other progressives like Elizabeth Warren are the voice of this new generation, and while their voices may not have been heard this time around, this is a revolution that cannot be silenced. Unfortunately, while a progressive agenda is the shift younger Americans and minorities are looking for in the issues that affect them the most, the Democratic party is not willing to take that risk in November and have chosen to throw all their support behind Joe Biden. But will Biden be a strong enough candidate to beat Donald Trump is a question that remains to be answered at the polls.