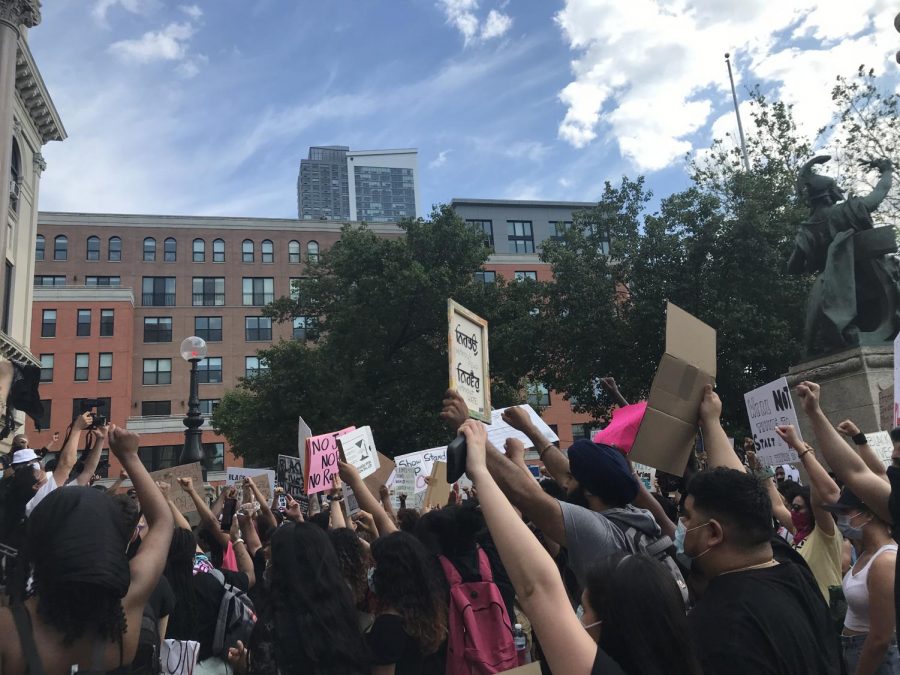 (June 6), Thousands of people gathered in front of City Hall to protest against police brutality. The protest was held by the Black Diaspora Club, who are Class of 2020 students from McNair Academic High School.  A’dreana, President of the Black Disapora Club, led the protest to end police brutality and have justice for each black person who lost their lives because of the police.