Whiteness Does Not Make You Superior: A Message to the Brown Community 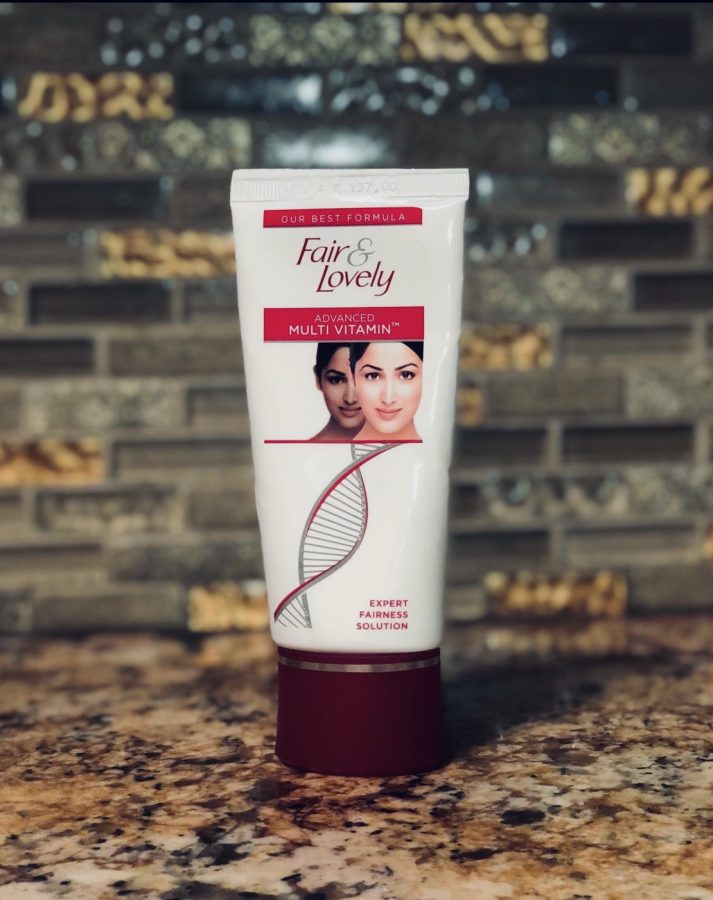 A photo of the fair & lovely cream, a commonly used skin lightening product within the brown community.

The Black Lives Matter movement has me thinking about how I can become a better ally. Within the culture that I come from, there is a world where brown people are constantly obsessing over how light their skin is and how disgusted they are by dark-colored skin.

For all my non-brown folks, you might be wondering what I mean when I say “brown people.” When I talk about brown people, I’m speaking of those who live in countries located within South Asia. That includes Pakistan, India, Bangladesh, Sri Lanka, etc. For brown individuals that live aboard, the term to use would be ​“desi.”

From my perspective of the world as a kid in a ​desi​ household, it was complicated. Complicated in the sense that it took a lot out of me to understand the values and beliefs of the brown culture as well as the cultures in America. South Asian culture was extremely valued (especially being a woman) and there really wasn’t any room for common western beliefs such as being more independent, partying, not having gender roles, and not openly making jokes about the color of a person’s skin.

Well, about that last part, I’m now realizing more about how racist America really is towards Black people.

My curiosity about racism within my own culture has only grown. This included the stereotypes associated with Black people, saying that some of them do not behave properly or don’t have “decent” hair or can’t even sit in an “appropriate” way. Many of these stuck with me as I grew older. I am now realizing the amount of uneducated propaganda that came with these stereotypical practices.

And then, there was a certain part of me that was often complimented by people around me.

That was my skin color. The practice of my relatives or family complimenting me on my “fair” and lighter skin color happened at least a thousand times. A lot of brown people idolize the white skin color, even though most have brownish colored skin. My relatives back home would praise me over phone calls, because of the fact that my skin was lighter than my older siblings.

When my family would visit the Indian stores in Jersey City, I would notice that some of them were reaching out to buy multiple “Fair Lovely” creams. These were very common in the brown community. One day, I picked it out from the grocery cart and tried to read the description on the back of the cream, but since it was written in Hindi, I wasn’t able to. And so, like a curious kid would do, I approached my mother with the cream. “​Yeh kya hai? (What is this?)​” I asked in Urdu. She replied, “​Yeh skin ko saaf karti hai (It helps the skin become clean and ‘fair’).”

Later that day, I googled all sorts of information about the cream. From what it was made of to why brown people use it a lot. This cream apparently is being sold across the world and is attempting to make a dark colored person turn a lighter shade. I thought to myself, “Why do our skin colors matter that much?” As a kid, I thought about it a lot but didn’t give it much priority.

This is just one example of internalized racism within the brown community. There are more issues to address; from the normalization of the n-word, calling someone “​kala​”​ (Black)​ as a joke and using colorist content in the entertainment industry.

Now, as a 19-year-old, my perspective on the brown culture has changed. I’m realizing that culture can be a beautiful experience, but it can also hold traditions that are racist and colorist, and it’s our job to educate ourselves and become a better version of what we grew up with. Yes, I said racist and colorist. I call it what it is. That is for all my brown people who are shook and cannot accept what this is. We have to take accountability for our actions and not become ignorant to issues like these. We have to do better. Dark skin has been, is, and will always be beautiful.