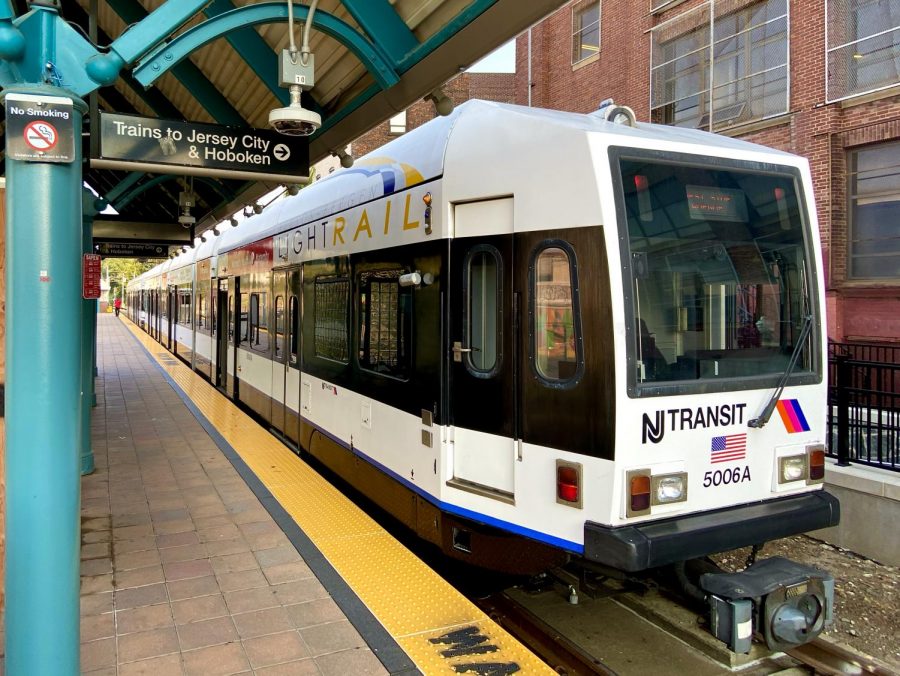 The light rail waiting to depart at the Westside station.

After an entire school year with the Westside Avenue light rail station being closed, it is now reopened and students, faculty, and staff can now commute better to campus.

Gabriel Bulaon, a junior Global Business major said, “I think it’s great that the light rail is back up, the commute will easily be 20 minutes between the main campus and the School of Business.”

The Westside Avenue, Martin Luther King Drive, and Garfield Avenue stations were closed due to a pipe repair that the Jersey City Municipal Utilities Authority was responsible for. The Gothic Times previously reported that there was a sewer pipe that ran under the light rail tracks which needed to be repaired. Shuttle service was provided from the three closed stops, but it came with the cost of a longer commute.

Hana Doliente, a sophomore business major said in an online interview that the Westside station was very fundamental to her life since she used it for school and other purposes. She said, “I’m relieved because I pretty much only use the Westside light rail, and I found transferring to and from the shuttle bus kind of inconvenient… My classes are all online, so I won’t use it this semester for school. However, I probably will for other downtown activities.”

In a press release from NJ Transit, it was announced that the station opened on May 23rd.

In April both the MLK and Garfield stops were reopened, as reported by nj.com. The Westside stop needed a little more time in order for “early-action construction work on the Route 440 extension project.” It eventually reopened with repaired stairs to get onto the platform and a new ramp that goes directly to the sidewalk.

Sophomore and Management major, Lesley Fontan said, “I’m happy about it opening up again, it was closed for so long, and taking the shuttle was such a hassle, wasting so much time. Now that it’s open again, it will be easier to travel.”