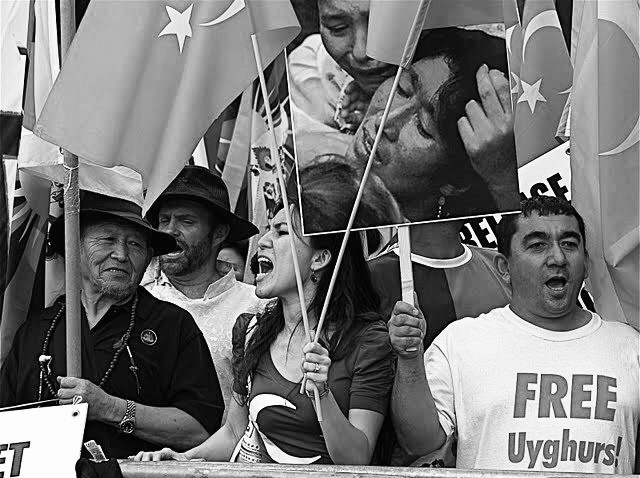 The World’s Silence for Uyghur Muslims

A black-colored niqab, a hijab, a beard, and Muslims are labeled as extremists. Chinese officials made that very clear when the world found out about their secret of bringing back concentration camps that we thought were long gone, but are now affecting Uyghur Muslims.

Uyghur Muslims are an ethnic group who are mostly located in Xinjiang, a region in northwest China. According to PBS News Hour, since its annexation in 1949, China has controlled this part of their country, but people that still live there identify as East Turkestan. As far as the concentration camps go, China claims that there have been many extremist attacks from Uyghurs in past years. Due to that, in 2017, the government prohibited Uyghurs from practicing Islamic modesty (having a long beard and wearing the niqab). And here we are now, just hearing about the millions of Muslims being tortured.

As a female Muslim, living in America, I often find myself in multiple discriminating encounters with other people. A “normal” day for me when I choose to wear the hijab, the eyes of multiple people would land on me, but most importantly on my hijab. I felt uncomfortable but remembered I am not here to please them. Surprisingly, it didn’t affect me as much as this news did. When I heard about the concentration camps in China, which, apparently to some, is helping Muslims to “re-educate” them on Chinese culture, I felt attacked and ignored. Not only was I uncomfortable reading articles on this topic, I wondered what a “normal” day was for an Uyghur Muslim.

Anushay Chaudhry, a writer from The Pitt News, shares the horrifying experience of a Muslim Uyghur survivor, Mihrigul Tursun. Reading that article, I felt chills down my spine. This person was a woman, a mother to newborn triplets, a daughter to her parents, and most importantly, she is a human being that was handcuffed in the airport for absolutely no specific reason given. There is a part in which Tursun says, “While being tortured, I muttered, ‘Oh Allah,’ accidentally, which means ‘help me God. They told me the Chinese Communist Party had more power than Allah. They told me Allah could not save me.” They tied her feet and hands, drugged her, and took her children away; only for one particular reason, the difference in religion. The fact that Tursun is a Muslim, bothered so many individuals to the point that they took away her basic human rights.

Muslims across the nation are horrified over this news. Personally, as someone who identifies as a Muslim, I always ask myself the same questions, “When did we decide that it is okay to hate a person based on their religion and why are we silent about it?”

We pride ourselves on treating everyone equally, but where is that ideology when it comes to Muslims? Are we going to ignore this just like the post-9/11 discrimination, hate crimes, and false imprisonment Muslims have gone through? There have been multiple cases of Muslims ending up in jail and facing death threats, due to their racial background after 9/11 occurred. There are Muslim based countries like Syria and Yemen, who are still suffering from wars and neglection, but yet, fail to be recognized in the media. When will we break our silence on this? You tell me. 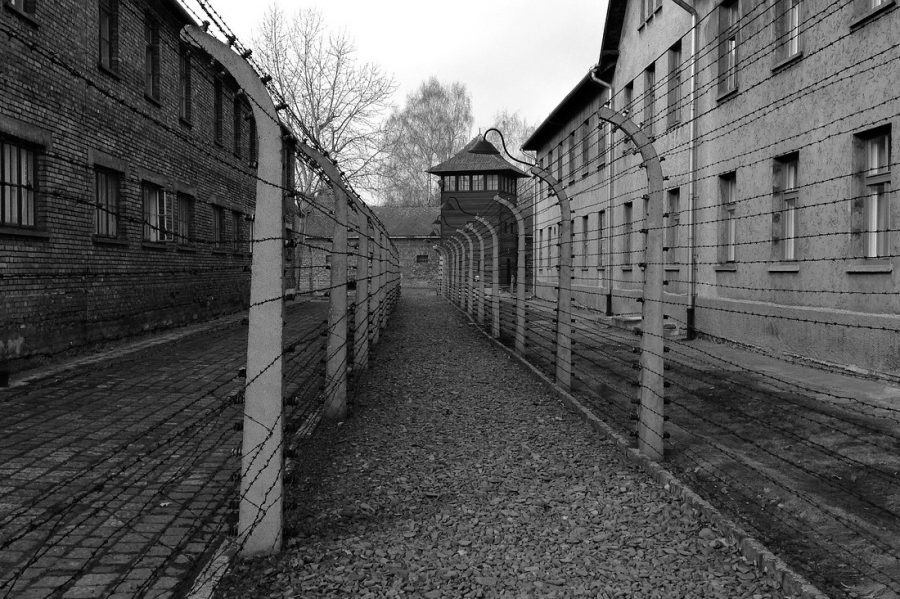 History Repeats Itself but Never so Soon

The year 1945 marked the first time outsiders to Nazi Germany set their eyes to the horrors of the Auschwitz concentration camp. The world made a promise to the Jewish people after World War II, “Never again”. I never imagined I would live long enough to see how big of a lie this was. A recent study came out that showed 23 percent of people, 18-23, believed the Holocaust was either made up or exaggerated. Today, there are talks about tearing down statues of those who do not deserve them. But almost 80 years after the Holocaust, the Jewish people have decided to leave the concentration camps up as a reminder of the worst event in human history. Recently, it has come to my attention that all of our efforts have been futile. Today, the Chinese government is currently performing a modern-day Holocaust against its Muslim citizens. While the U.S. government may have had intelligence about the humanitarian crisis happening in Nazi Germany, the evidence was never as public as what is happening now. It is disgusting how the topic has fallen on deaf ears. Rather than just being ignorant of the problem, Americans have gladly shoveled over their money to the party committing the genocide.

Popular Brands To Not Support

Nike, the NBA, Mulan, Apple…If you find yourself enjoying any of these forms of goods and products, you are part of the problem. Yes, that is a big pill to swallow. It can be hard to think about the implications of what you are condoning when buying a phone or watching a sporting event. But we can’t simply turn a blind eye for the sake of inconvenience. Apple phones are made in China by a company called Foxconn. While there is nothing wrong with inter global economics, no workplace conditions should be so bad that a company, Foxconn, should set up nets to prevent employees from committing suicide. Many will be quick to question how we can turn away from Nike after their support for Kaepernick and Black Lives Matter. However, this justification is short-sighted because Nike shoes are also made in China in what are essentially slave laboring sweatshops. The NBA and Mulan are both guilty of supporting the suppression of Hong Kong’s democracy. The #FreeHongKong movement served as a warning to how short our attention span is when an issue is not happening in front of us. Disney’s newest adaptation of Mulan really pressed its luck when it openly thanked the government of China where the Muslim genocide is currently happening.

So What Happened To Us?

“E Pluribus Unum” means Out of many, one. Our founding fathers made this one of our nation’s mottos. The melting pot of the world does not pride itself on how different we are but how together: we are one. 80 years ago, our nation faced down the greatest evil to ever touch the earth, the Nazis. And without rest, beat down the ideology of communism with ideas such as democracy and liberty. Years later, we went on to stop whatever evil threatened us and the world, Al Qaeda and ISIS. But here we are acting with the mentality of “out of sight, out of mind.” It can be frustrating to feel that every day we must become activists for every movement that bounces across our Instagram story or Twitter timeline. But this will be the action that defines our generation. This crisis is bigger than any of us but together nothing is beyond our capabilities. Time and time again, this nation has earned its title “The greatest country in the world” by upholding the principles of good and righteousness. So what is stopping us now?