SELENA: The Heart of Texas 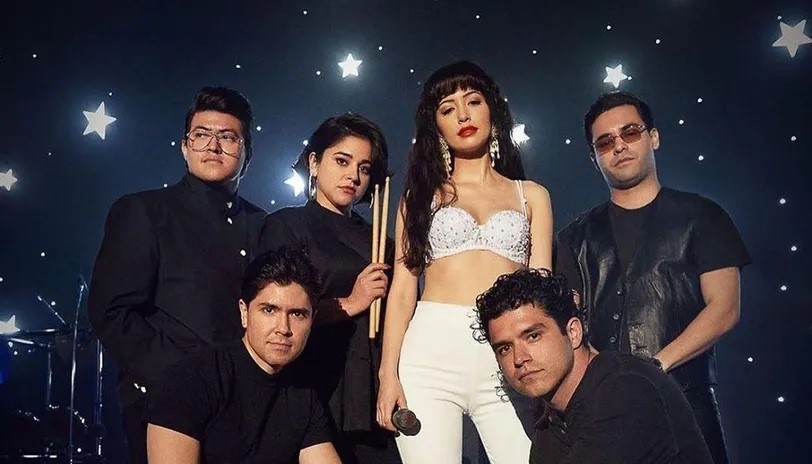 The cast of the tv series Selena starring Christian Serratos as the star. Photo Courtesy of Campanario Entertainment and Q-Productions with Netflix

Remembered as La Flor and favored by the Corpus Christi community for her love of white roses and striking voice, Selena Quintanilla, a Tejano legend torn from society when she was ready to reach stardom will be back onscreen. Years after the 1997 biopic, Netflix will be releasing a two-part miniseries on Quintanilla’s life, Selena: The Series.

The miniseries is executively produced and essentially authorized by the Quintanilla family, in which they have given their stamp of approval. They openly abhorred the unauthorized version, El secreto de Selena, which aired on Telemundo, as well as portions of the renowned Selena biopic (1997). During that year, the Quintanilla family refused Jennifer Lopez’s voice, instead of having her singing in concert scenes, Lopez was dubbed with Selena’s original voice.

Selena: The Series will show a young girl from Texas with a dream, sitting beside her ambitions as she skims through pages of dialogue. The trailer introduces Selena making her dream of becoming a singer reality, where she does her best to complete a dance routine in the kitchen, watched over by her mother, and interacts with a child actor on a film set, a mirror of her younger self.

Considered a “coming-of-age story,” detailing Quintanilla’s early beginnings to the start of her career, her relationships with fans, family, and eventual husband, Chris Perez, are displayed. Christian Serrantos will be starring as Selena in the upcoming series. And in a 2015 interview, Serrantos aspired to play “somebody who is very famously Latina,” cementing her future. The release date for the series is December 4th.