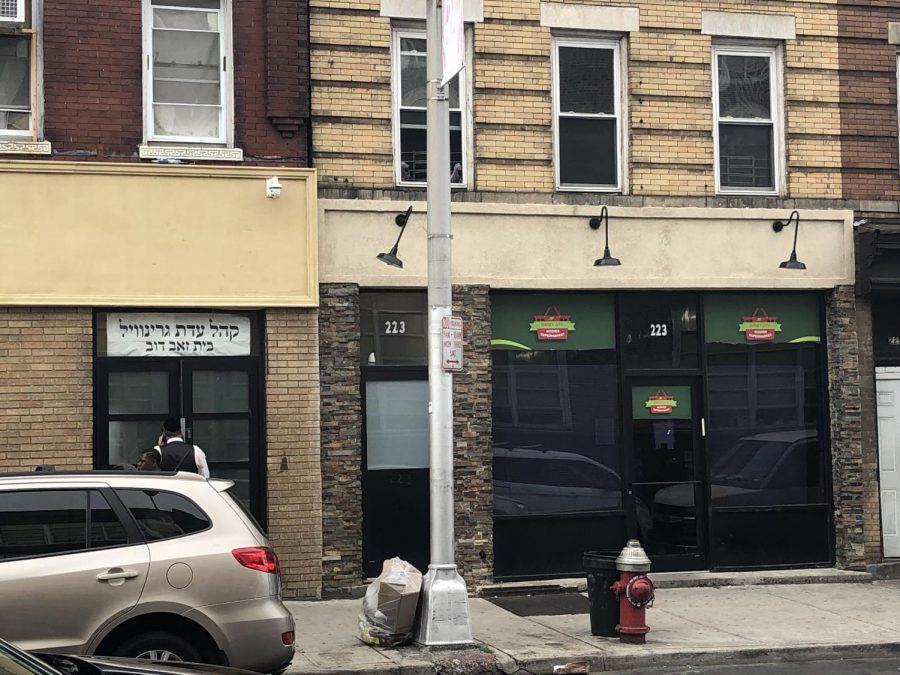 The Jersey City kosher supermarket that is located on Martin Luther King Dr. that was attacked and is now repaired and open. Photo courtesy of Wikimedia Commons.

It’s now one year since the firestorm of thoughts and speculation surrounding a tragedy that has been swept up in conspiracy, confusion, debate, and the sickening violence of a hate crime.

Two gunmen had opened fire in a kosher supermarket that has taken the lives of three civilians. Before arriving at the market, they have killed a police officer near Bayview Cemetery.

Being close to the tragedy resonated not only for myself but for the entire NJCU community. With the university being near in distance, they immediately ordered a campus lockdown.

I remember seeing the glow of my television with News 12 announcing there was chaos on Martin Luther King Drive that began at 12:21pm. I felt the vibration of my phone on the dining room table as friends texted me about the calamity.

It was like the backdraft of a fire gutting an apartment because of so much digital news and media oxygen rushing to fuel more flames of terror. Friends who had heard the gunshots near 440 said they were holed up in a restaurant waiting for answers before they could leave.

Everything was thrown directly into a maelstrom as many mental notes and papers were scattered in the air like ticker tape during a parade. As I waited to hear that my cousin and friends were safe as they were on campus at the library, I had the same question as everyone trying to pick up the pieces of a day shredded by gunfire: How many shooters? How many victims? Did they say there was a bomb? When did the barricade form? Have they capture the shooters yet? And inevitably the most important question: Why?

After a day of brutal losses, answers began to roll in. We sifted away through explanations like an undercover sting gone wrong. In the end we were left with another “thoughts and prayers” laden tragedy with four civilian victims taken untimely from the families that cherished them,  two dead following a prolonged firefight and one meaningless presidential tweet to console us.  Greenville lost fixtures of the community.

Victims such as Mindel Ferencz who ran the Jersey City Kosher Supermarket with her husband and a mother of three, Miguel Douglas Rodriguez an employee of the store and died trying to protect others from the shooters, Moshe Deutch a rabbinical student from New York, and Jersey City Detective Joseph Seals, a loyal officer who fought his hardest to get firearms off the streets and finding the truth about the shooters leaves behind a wife and five children.

Mayor Steven Fulop said that this was an intentional anti-Semitic attack due to rise of the Jewish community in Greenville and as three victims were Orthodox Jews. In contrast, the gunmen were involved in the Black Hebrew Israelite movement.

Like any American hate-crime, the blame game immediately began as Board of Education member Joan Terrell-Paige began by lobbing ignorant blanket statements about the Jewish community in Jersey City, butting heads with the Black community as we tried to digest. Also painting the Hasidic Jews of Ward F as villainous stereotypes, and nefariously performed Shylocks who harvested organs and mocked black homeowners. Since then, Terrell-Paige remains on the Board of Education. Jared Maples, director of the New Jersey Office of Homeland Security and Preparedness, deflected and claimed a lone wolf attack like this would have been impossible to predict.

And in the end, every piece of speculation from across the board stemmed from one place. We felt fear from being struck at a vulnerable moment. We became starkly aware of how vulnerable we always were and felt the one thing nobody wants to feel: a sense of impotence, that we always were powerless. Our control of our communities stems from political representatives and law enforcement, a control that only extends so far. The long arm of the citizens of Jersey City is a trick of perspective: how long does it look from your station in life, and how much are you willing to pay to extend it?

I was prompted to write this article from a text message sent by an old friend. Recalling the year in review, the shooting felt so small with the tragedies I then had no idea would ensue over a spring and summer of plague while pundits vied for attention as the war for systemic change occurred on in the streets.

But why does it feel small? What do we talk about when we talk about these tragedies in our social media posts? The pursuit of power? The hunger for notoriety? The toxicity of their culture or their home life or their mental illness that drove them to do what they did? Activism fatigue and the disconnect we have from reality thanks to the screens between us and the world at large?

I believe we’ve become wholly fatigued by these tragedies as we let them rob us of our capacity to care with their sheer shocking nature. In the search for answers and peace, we let it drop, and it encumbers us as we try so hard to discern an answer with logical clear minds and stony cold hearts. But I implore all of us to bring those feelings back. We must use it to hold accountable those who try to cloud not only our thoughts, but the thoughts of our fellow man with hatred and a need to otherize groups we aren’t a part of. And feel that the anger we feel is the same as our brothers, and our neighbors from all over who cherish the sanctity of life.