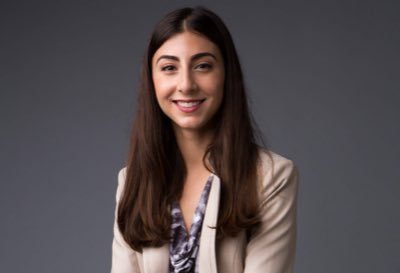 I initially discovered Amanda Nesheiwat when Thomas Dallessio and Susan Haig from CivicStory recommended I contact her because of her work with the environment and sustainability. I immediately scheduled a phone interview where we discuss the future of our planet.

Before going into sustainability and the environment as her career, Nesheiwat went to Ramapo College of New Jersey to become an orthodontist. To diversify and extend her resume, Nesheiwat joined her university’s environmental club, “I noticed that a lot of it was because we just needed people to take it on. And in all different sorts of sectors, whether it’s government or non-profit or higher education, whatever it is and that’s how I started,” she said.

By the next semester, she was the president of the environmental club where she then changed her major to environmental studies and sustainability.

Nesheiwat has an immense interest in climate change as it’s an important issue more now than ever. When asked why some people in this country still do not take climate change as seriously as they should, she said it comes down to being lazy and not doing their research, “You know, maybe they don’t have a science background. Maybe they’re just being lazy and not really looking into it. But for some people, I really think that it has to do with, you know, climate change. Being such a huge topic, scary topic,that they’re just kind of unwilling to look at the details.”

She recalls being in college and not believing in man-made climate change herself because the climate is always changing and there is no way humans could affect the climate that much,“I thought, if anything else, what my environmental studies major has shown me is that if we were to take action on climate change, then we could improve our economy, improve the health of people and improve, you know, the different ecosystems that we basically… rely upon,” Nesheiwat said.

It’s no wonder there are so many misconceptions about the climate crisis when a lot of people do not even want to look into the facts. Since Nesheiwat has experience in this field, I want to get her opinion on the general public’s biggest misconceptions about the climate crisis, “There’s a terrible understanding out there that if we were to take action on climate change, it means we have to give up our vehicles,” she said.  “It means you have to give up meat. It means we have to, you know, make these huge, drastic changes to our lives.”

Particularly in the way climate activists overlook indigenous voices despite this being their land, more thought should be given to how America has depleted the land that was originally theirs. “Indigenous land in the United States is constantly under threat all the time. Most of the time it is because of fossil fuel projects. And, um, you know, it almost seems as though we’ve lost complete respect for indigenous land,” Nesheiwat said.

It seems that climate change is becoming more of a political issue. At the time I interviewed Nesheiwat, presidential nominees, Joe Biden and Donald Trump had their first debate, and a big part of the environmental debate was fracking of how it damages the environment. It seems absurd that the future of our planet is even up for debate.

Nesheiwat said, “I try not to politicize climate change at all. I try to always talk about it,from my perspective, I talk about it from an economic perspective first, because, you know, the government really cares about how we spend tax money because that’s just in the field that I’m in. And then I talk about how it’s going.”

Speaking of the environment, I was interested in looking at COVID-19 from an environmental perspective. Since beaches were open during the summer and people were required to wear masks, many of them were dumped in the ocean causing issues for oceanic life. Nesheiwat said she sees the silver lining in this as most people are staying home, quarantining, relying on themselves, and not eating out as much which has been good for the environment. A majority of Americans wanna wear masks. They want to protect others. They want to stay home to protect, you know, health careworkers,” she said.

When it comes to the future of our planet, Nesheiwat remains hopeful despite it all, “I think we’re trying to educate others. I think working on climate change is not even a topic in government and now it is. Five years ago you wouldn’t see directors of sustainability offices in major cities around the world. Now it’s almost every major city around the world and also for the government,” she said.

Nesheiwat is now the Deputy Director of Sustainability and Community Outreach at Hudson County Improvement Authority, and an adjunct professor at Ramapo College.

You can find out more information about Nesheiwat on LinkedIn and Facebook: @amandajnesheiwat