Keep Your Eyes Peeled For “The Sight” 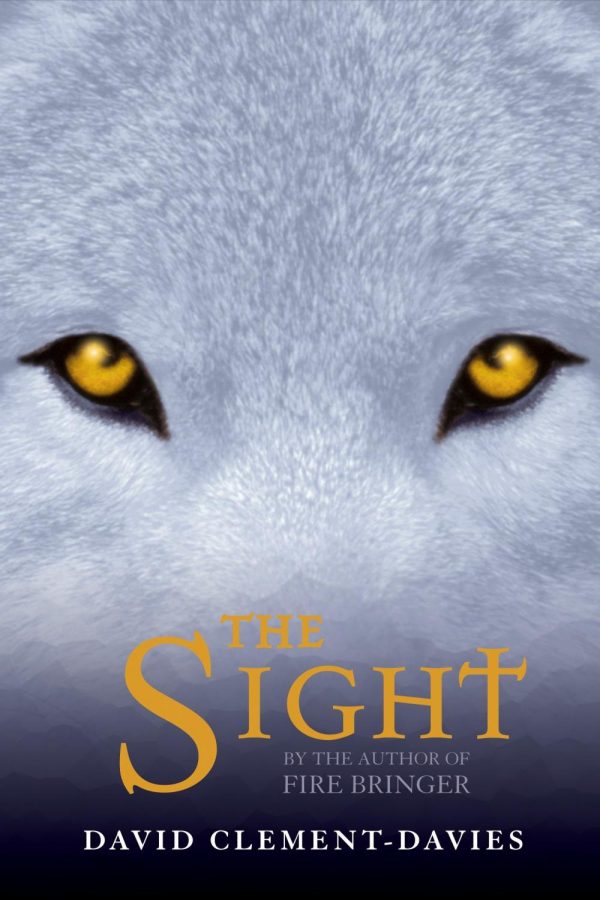 The cover of The Sight, a novel by David Clement-Davies

It was a mid-summer and I was on vacation with my parents in West Virginia. On our way to lunch, we found a small bookstore filled floor to ceiling with books of all kinds.

We spent quite a while in there and just when we were walking by a pile of books on the floor, I looked down and saw a photo of haunting yellow eyes staring at me on the cover of a book called “The Sight.”

You know how they say “don’t judge a book by its cover?” Well, that’s pretty much the only thing I did. I read the back of it when we got to our hotel room, but once we made it home I never picked it up.

When I picked it up again to read one day, I still didn’t really think much of it. When I think of a tale of wolves and mystical abilities like visions, or “the sight” as it’s called in the book, I immediately think of a “Twilight” type of setting. Boy was I never more happy to be wrong. Instead of what I was expecting, I was thrown into a cold winter forest in Transylvania.

From there it only got better and when I realized what I was reading, I was shocked. I wasn’t reading a story of “werewolves,” I was reading a story about wolves. When I was reading how the character was running, the movements and noises it made, the descriptions led me to realize the characters themselves are wolves. The descriptions the author used made it creep up on me that I was reading about actual wolves were so good. I have always loved wolves and the different lore about them in different cultures. This book took that love and put it into a world I enjoyed.

After reading the book and experiencing everything it had to offer, I wanted to see what other people thought of the book. Some liked it and “enjoyed it for what it was,” others had a lot of criticism for it, and the majority shared the same love of wolves I have. Now, I understand where some of the criticism starts. The beginning is a bit slow and dragging, but when reading over it again I noticed that the bulk of the “teaching phase” is in the beginning.

The book is trying to teach you a little about where the characters are and what is going on, but also teach some of the “wolf-language” they use in the story, and some of the lore, or types of gods they follow. If you’re patient with it and get to understand a little more it’s worth it later in the book.

This book surprised me in the best and worst possible way, such as the beauty of books. It made my heart yearn and break all throughout the story and fueled my mystical fantasies. It’s a truly mysterious and haunting story that I was not expecting to like as much as I did, especially since I didn’t think much of it when I first bought it almost four years ago.

Some people were a little let down by the plot of the book. I personally think the story, while slow, was also heart racing and heartbreaking at so many points, but overall told a story full of emotion that I honestly appreciate. Like I mentioned before, it’s not a “Twilight” type of book, so the descriptions the author uses to show lore, magic, pain, and cold are meant to bring us into a completely different world.

It was also mentioned at the end of the book that the author traveled to Romania for research and what he experienced there – the “darkness of their recent history,” the many tales and superstitions was what helped bring this book to life. He took inspiration from different eastern European places further beyond Transylvania to make up his story, which I thought was very interesting and added to my love for this book.

I recently discovered there is a second book titled “Fell,” which follows the story of one of the pups from this book. I have yet to read that, but hoping it’s not going to take four years to do so. Overall, I thought this book was really good and worth a read for those who like wolves and folklore and all things mystical, but who also like a little bit of a challenge.