A Daughter, A Sister, An Avenger 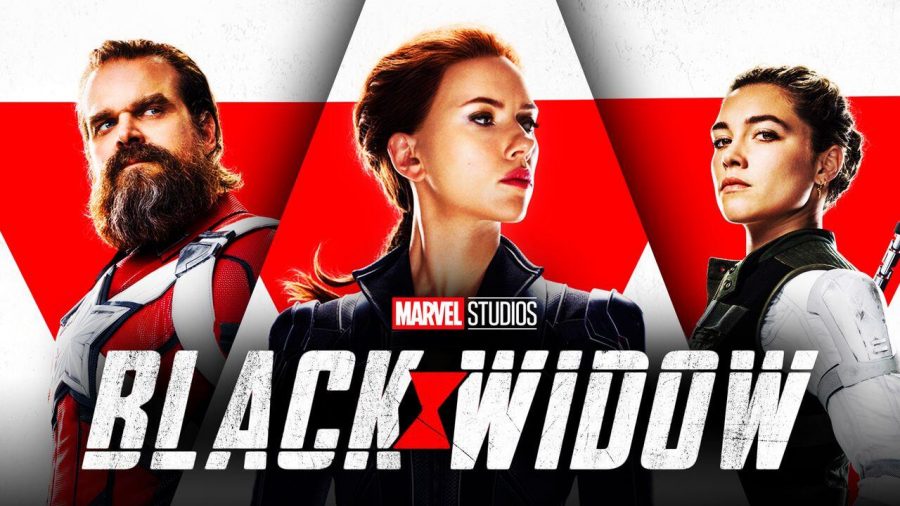 After almost a decade of Avenger films and a pandemic-related release delay, the mysteries surrounding Black Widow are finally solved and diehard fans, such as myself, won’t be disappointed.

Since her introduction in the first Avengers film, fans have wondered when Black Widow (Natasha Romanoff) would get her own feature film explaining her and her past. While other Avengers such as Captain America and Black Panther enjoyed their own movies, Black Widow remained a mystery leaving fans with many questions.

A trained Russian assassin in secret, Natasha Romanoff has “lived many lives,” as she has said multiple times in the trailers for the feature film. No one has ever really known about Black Widow’s past, with her only revealing it to a select few like Iron Man and Hawkeye. But fans knew briefly about what had happened to Natasha back in Age of Ultron when the Scarlet Witch brainwashed her.

This movie goes in-depth about what happened from beginning to end. Natasha was kidnapped from her “family” when she was young and then was trained under her kidnapper, General Dreykov. She was trained in the “Red Room,” which he was the head of. There the Widows whom Dreykov kidnaps are trained to be assassins. Hawkeye knew that Black Widow was bad news and was sent to kill her. But, after Hawkeye sees her potential, he hires her as a S.H.I.E.L.D. agent and this is how she broke away from the Red Room entirely. S.H.I.E.L.D. stands for Strategic Homeland Intervention, Enforcement, Logistics, and Division and is a counter-terrorism agency that created the Avengers everyone knows and loves today.

Without spoiling the movie by giving away too much, I will say that this movie did have its flaws. I understand the delay due to COVID, but this movie should have been released a few years earlier, even as far back as 2017 so that Marvel fans would have a better understanding of her character and what transpired in the other Avengers movies.

Nonetheless, it was a great movie that went into depth about the mysterious Black Widow, answering many questions and portraying her story very well. It provides a deeper understanding of who she is and how she got to where she is.

Natasha Romanoff has been through so much in her life, and this movie felt like she was home again fighting alongside the people she loves and grew up with. One final note, if you plan to see this movie, make sure you stay until the very end to see the after-credit scene. It explains so much about what Marvel will do in the upcoming phases and keep fans excited for the future.