Understanding Student Rights in the Media 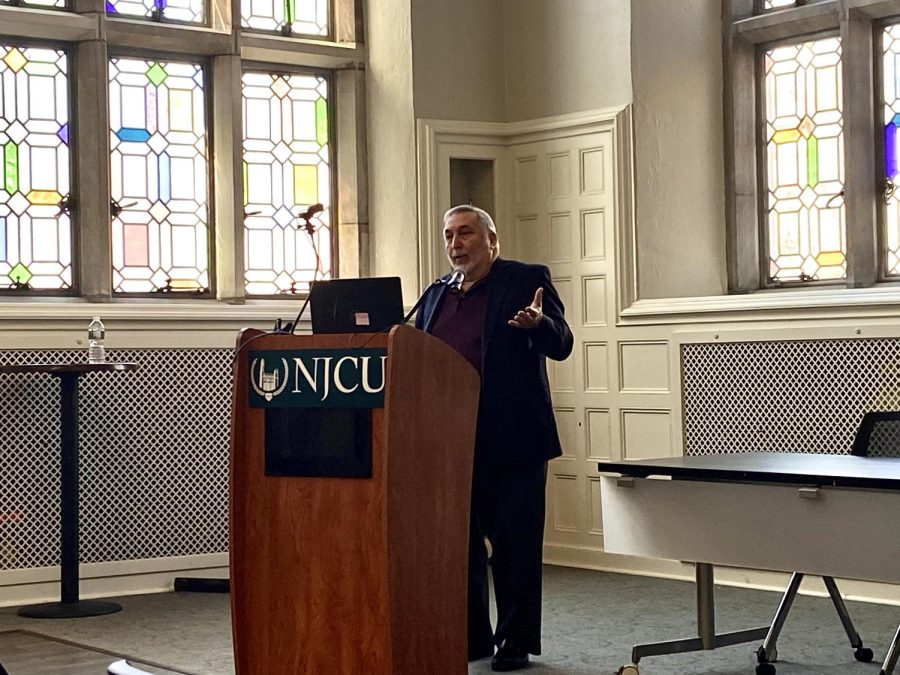 Tagliareni played a large role in getting the New Voices act passed in New Jersey. Photo by Haresh Oudhnarine.

New Jersey recently became the 15th state to pass the “New Voices” law which protects the free speech of students. John Tagliareni, who played a large role in getting the legislation passed, visited NJCU yesterday to talk to students about the protections that it offers.

According to the Student Press Law Center (SPLC), New Voices was first introduced in New Jersey in 2015.

The purpose of the law is to “protect student rights and teacher’s rights,” as explained by Tagliareni.

Tagliareni pointed out a few instances in NJ where students were censored and had to get legal help from the SPLC. In one famous case from 1994, for example, school administrators removed student articles about R-rated films (NJ Supreme Court case Desilets v. Clearview Regional Board of Education). He said the New Voices act would help minimize the need for students to get lawyers involved.

Tagliareni is an NJCU alum, earning both his BA and MA from the university. He advised a student newspaper for 39 years at Bergenfield High School in New Jersey. He has a background in English and journalism.

How the New Voices Act Came to NJ
The censoring of student journalists is what led to the push for the new legislation. Tagliareni said there was also a “need to protect teachers in NJ” who were punished for siding with students.

A particular case decided in January 1988 by the Supreme Court inspired the New Voices movement. It was known as Hazelwood School District v. Kuhlmeir.

The case was notable because the principal of Hazelwood East High School removed two articles from the student publication deeming them “inappropriate” for covering pregnancy. The principal argued that he was doing so to protect the pregnant students’ identities. A Supreme Court ruling on the case indicated that schools had the right to make policies to essentially censor student media. Students would be unable to fully exercise their First Amendment right under this.

Before the Hazelwood case, a case known as Tinker v. Des Moines from 1969 was known for establishing students’ First Amendment rights in public schools. Tagliareni explained that many students were expressing “their displeasure with the Vietnam War.” School officials argued that this was causing “disruptions” in the classroom. The Supreme Court ultimately ruled that it was within the students’ First Amendment right to write what they wanted.

Tagliareni said, “The real value of school is that there can be a discussion on ideas.” He explained that disruptions would be walkouts or boycotts: “School newspaper writing about something controversial is not a disruption.”

The Hazelwood case gave school administrators the ability to limit what students were allowed to write about which is why many states have been working towards implementing the New Voices act. New Jersey was the most recent state to implement the legislation and Tagliareni said that Hawaii may be next.

Tagliareni left students with the following quote from Daniel Patrick Moynihan, a former New York Senator: “If the newspapers of a country are filled with good news, the jails of that country will be filled with good people.”