Turning Red Review: A Movie for the Few 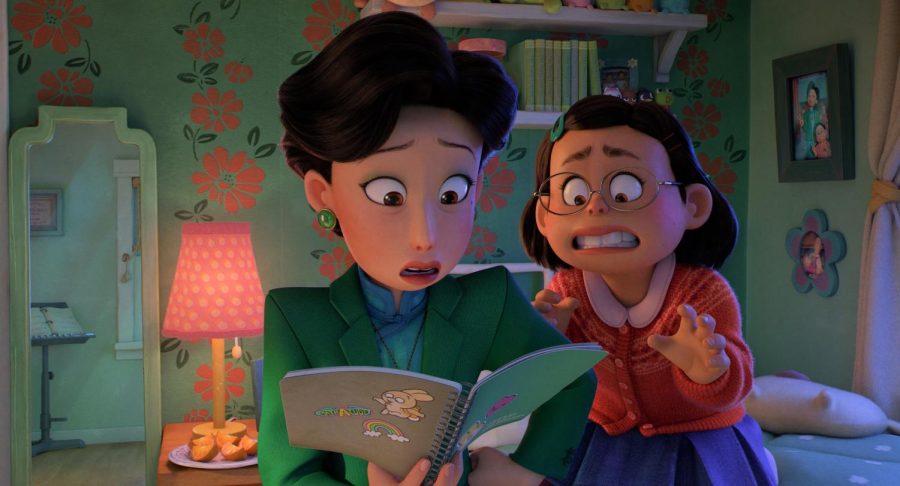 Mei Lee and her mother in Turning Red. Photo by Disney Pixar.

After watching “Turning Red” it was clear to me that this movie was not going to resonate with everyone, from the references to products like Tomodachi to the early 2000s lingo used throughout. However, those who were born during that time, such as myself, will be filled with nostalgia and sweet memories.

As a result, there are plenty of people who see themselves in the protagonist, Mei Lee; she might remind them of how they once acted at that age. This allows them to see the conflict between Mei and her mother, to the constant hiding of her true interests and always wanting to be the perfect daughter.

Through the usage of the main plot device, the panda, the movie shows Mei Lee’s struggles in a more exaggerated way to help convey somebody who is always trying to hide their true self. While they won’t turn into a giant panda when upset, the outbursts of anger may feel familiar to those who find themselves in Mei’s shoes. This is why the panda is more than a gimmick to attract children, it is a clever way to show how being true to yourself is not a burden, but something to embrace.

The movie also delves into the themes of generational trauma and how two people in the same family can end up so differently. Mei Lee’s mother had nobody to turn to which resulted in decades of bottled-up rage and bitterness, resulting in her kaiju-sized transformation.

Meanwhile, Mei Lee did have people she could fall back on which allowed her to break the vicious cycle. This allowed her to change decades of the self-loathing mindset that plagued her family for so long.

There are some parts of the movie that failed to deliver on, for instance, the humor. While it can be enjoyable at first it does get repetitive as the movie heavily relies on its over-emphasized facial expressions to make you laugh with no real jokes to back them up.

Also, the rushed mending of the conflict with Tyler near the end of the movie was lackluster and felt disingenuous. Throughout the movie, he was seen as an antagonist, even resulting in Mei Lee attacking him due to his actions. Despite that, the movie is quick to move past that scene and have the two become friends due to a sharing interest in ‘4★Town’, which is this movie’s version of a stereotypical boy band.

Aside from those problem points, “Turning Red” achieves what it sets out to do. Next time you see a movie that you may not like at first, try to imagine yourself as the target audience and you may see things in a new light.