Introducing a Band Near You, Sir Synthesis 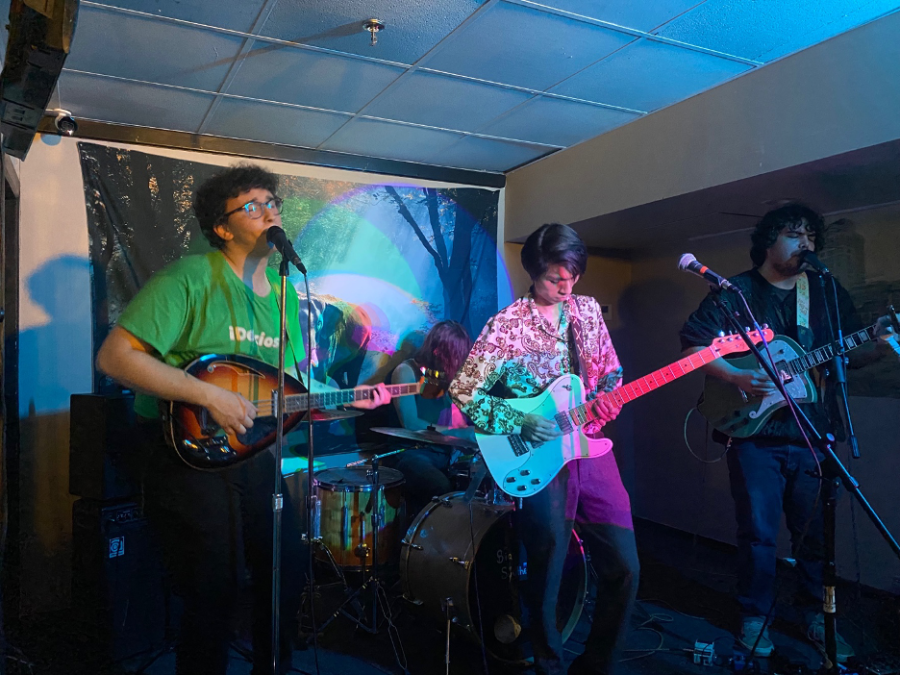 If you’ve been looking for new music/artists to listen to recently, then you’re in luck! Hailing from Hudson County, Sir Synthesis is an up and coming four-piece band consisting of members Thress (bass, vocals), Arlo Bloom (guitar, vocals), Royer Zamu (guitar, vocals) and Sellos Solde (drums). Throughout the years each member has worked on multiple projects individually and together. Zamu is even a media arts student here at NJCU.

When Sir Synthesis formed in 2020, they began working on music

reflecting their Latin American backgrounds. The band picked up momentum last year in Jersey City, performing at places such as the 902 Brewery and JSQ Lounge.

As a huge fan of The Lo-Fi’s, which Thress, Zamu, and Bloom had originally been a part of, I was looking forward to seeing what Sir Synthesis would be like. After reaching the legal drinking age, I did get around to that this past February at JSQ. Their chemistry was great. Those guys don’t miss a single note, and the Johnny Marr-esque guitar work was a pleasure to the ears.

Performing in support of their singles “Besame” and “Walk True”, the band’s debut album Monsoon was released the following month in March. Blending indie, Latin, and psychedelia into one nice package. “Besame” and “Buen Provecho” are my personal favorites… now if only I could get guitar tabs for those songs.

Monsoon is available to listen to on Apple Music and Spotify and you can follow the band on Instagram @SirSynthesis.