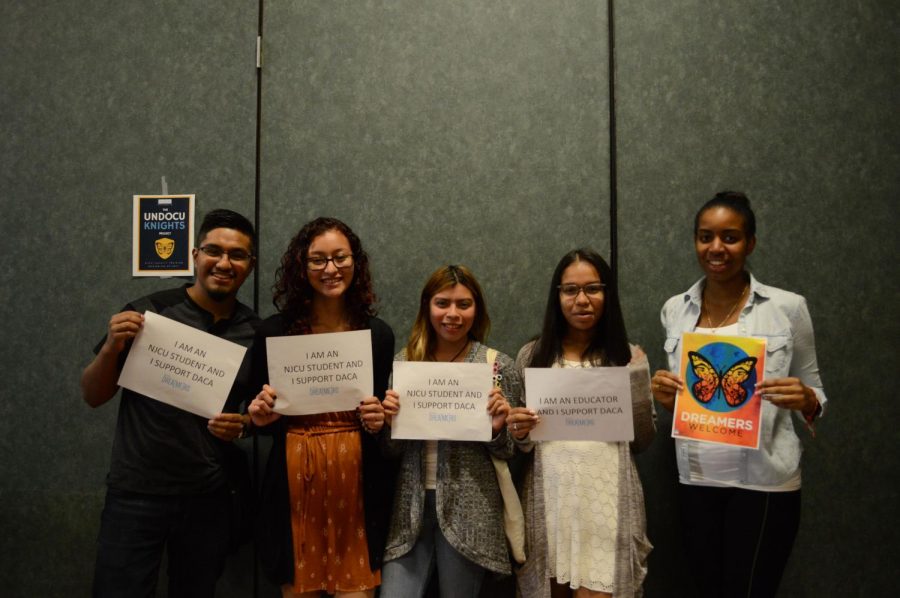 DACA is an immigration policy that allows children of undocumented parents to stay and contribute to the country and economy. Through DACA, recipients are able to attend school, get jobs and pay taxes but do not receive any governmental financial aid.

Rebekah Torres, Vice President of NJCU Drea[me]rs, explained the current situation to attendees. “As of August 20, 2017, there were 34,487 first time recipients. After two years, first time receivers will not be able to re-apply for the program. Those whose DACA expires between September 5th, 2017 and March 5th, 2018 must re-apply immediately before October 5th, 2017.”

At a second emergency meeting later that night, the Dreamers, International Migrants Alliance (IMA) and the National Alliance for Filipino Concerns (NAFCON) held another information session.  Kimberly Krone, a lawyer from the American Friends Service Committee (AFSC) elaborated on DACA and other immigration updates. IMA and the Dreamers explained how the community of NJCU can help those affected. Groups were ask two questions in an effort to build solidarity: What are the problems that you see in your community? What are solutions to those problems?

Cosecha, a nonviolent movement fighting for the protection of undocumented immigrants in the U.S., led a protest outside Trump Towers on September 5, the day Trump’s decision was announced. Alex Garcia, a member of Cosecha was in attendance at Friday’s meeting. “Immigrants,” Garcia told attendees, “have the power to change whatever they want. They are the workers, so we move the country.”

NJCU Drea[me]rs are collecting donations to help keep our community members safe. You can donate and read more about the work that they do at http://www.njcudreamers.org/.