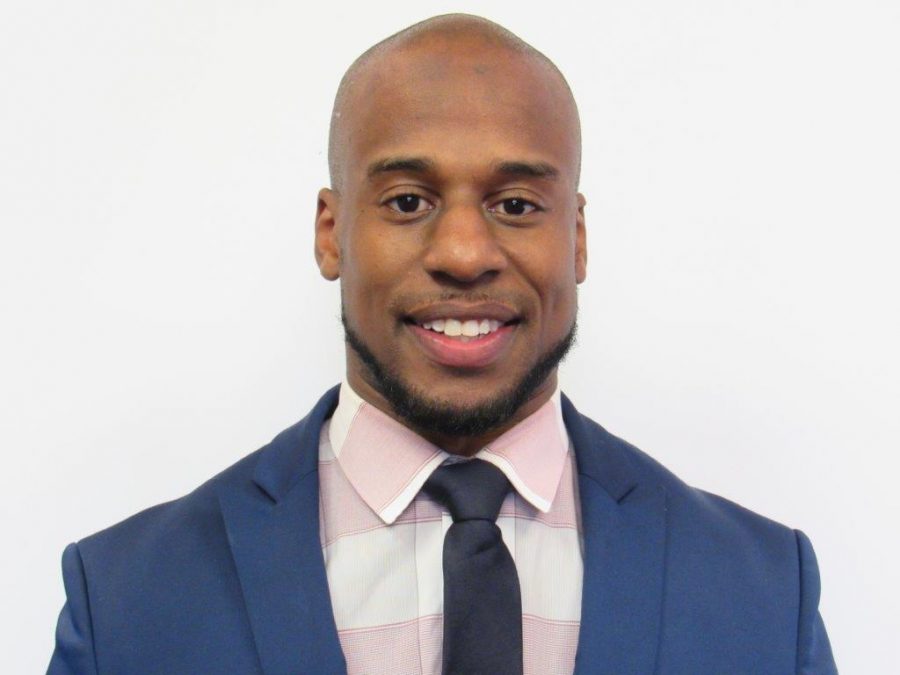 Jersey City, N.J., March 28, 2018 – Shawn Tucker, the Associate Athletic Director for Student Athlete Development at Rutgers University, has been selected as the new Associate Vice President and Director of Athletics at New Jersey City University, following a national search. Tucker will be just the fifth athletics director at the institution since 1934.

Tucker will be formally introduced to the University community at a meet and greet forum on Monday, April 16 and will officially begin his tenure with the Gothic Knights on Monday, May 7.

Tucker, 33, will join an elite club as one of the youngest athletic directors in NCAA Division III. Tucker will be the first African-American athletic director in NJCU history, the seventh ever in New Jersey Athletic Conference history and the only current minority in the league to hold the position.

He will be the first athletic director to serve in the expanded role of associate vice president at NJCU. He succeeds Alice De Fazio, who retired on March 1 after 11 years in the position.

NJCU President Dr. Sue Henderson, the Vice Chair of the NCAA Division III Presidents Council, said: “We had an unbelievable set of finalists for this position, which speaks to NJCU’s rise as a destination for talented administrators, faculty and students. Shawn clearly rose to the top of the list. His passion for intercollegiate athletics and his experience using it as a platform for student-athlete development maps directly to my vision for NJCU Athletics.”

Jason Kroll, NJCU’s Vice President of University Advancement and Chief Strategy Officer added: “Shawn Tucker represents all that is good with college athletics. His commitment to comprehensive, holistic development of the student-athlete is exemplar. He’s been a leader all of his life and this is a natural next step for him professionally.”

“Leading and competing at an institution for 15+ years where the vision was to create an environment where our student-athletes flourished both personally and professionally has lit a fire in my belly to bring a best-in-class student-athlete experience to our nearly 200 Gothic Knights, coaches, and administrators,” said Tucker. “Every administrator, staff, coach and department personnel will be empowered, challenged and motivated to collectively write one of the best chapters in New Jersey City University Athletics history. It’s time to go to work!”

In his current role at Rutgers since November 2013, he has had executive oversight over the Rutgers Leadership Academy (RLA), the RLA Advisory Board, Student-Athlete Advisory Committee, Rutgers Athletics Internship Program and R Care.

Tucker’s work in athletic development with the R Fund over the last two years culminated with the team securing the largest gift in Rutgers Athletics history—a $15 million pledge to construct the Gary and Barbara Rodkin Center for Academic Success.

“My initial excitement for this prestigious leadership position came during interview preparations while watching the short documentary called “A Gothic Legacy” on the special bond between coaches Marc and Charlie Brown,” Tucker noted. “Immediately, I sensed the immense pride for NJCU, passion for coaching and developing young men and women to be leaders in life and a commitment to excellence that begins with rolling up your sleeves and going to work. And without a hitch, those same sentiments echoed as I met with the hiring committee, President Sue Henderson, Dr. Wanda Rutledge and various members of the athletic department and student-athlete body. There is tremendous potential to build a strong and reputable athletics department at NJCU that achieves success in the classroom, in competition and in life—where our department appropriately invests resources into our sports programs ensuring our coaches can lead their teams to victories.”

Tucker joined the Rutgers athletics administrative team in April 2010 as assistant director of student-athlete development. Perhaps his most significant achievement was the development and launch of the Rutgers Leadership Academy. Through programming and counseling, the RLA helps to fortify student-athletes at Rutgers with valuable information and tools to guide decision-making in critical life-shaping areas such as career choice, personal enrichment, leadership, community and civic engagement and professional growth. He also created the Rutgers Leadership Academy Award.

He earned a pair of Bachelor of Arts degrees from Rutgers in May 2007 with a double major in Geography & Labor Studies. In May 2012, he added a Master’s of City & Regional Planning (MCRP) from the Rutgers Bloustein School of Planning and Public Policy.

On the Banks of the Old Raritan, he was a four-year standout and three-year starter at wide receiver for the Scarlet Knights and was named team captain as a senior in 2006 when he helped lead Rutgers to its first of four consecutive football bowl championships in 2006. As a senior, he earned three Preseason All-BIG EAST honors from multiple publications, including First-Team honors by Lindy’s. That year Rutgers won the Texas Bowl and went 11-2 in one of the most successful seasons in program history.

Tucker came to New Jersey from Marjory Stoneman Douglas High School in Parkland, Florida where he graduated in 2002 after a standout prep career.

Tucker resides in Somerset, N.J. with his wife Mary, and two young sons, Miguel and Javier.