The SGO debate heats up ahead of fall election 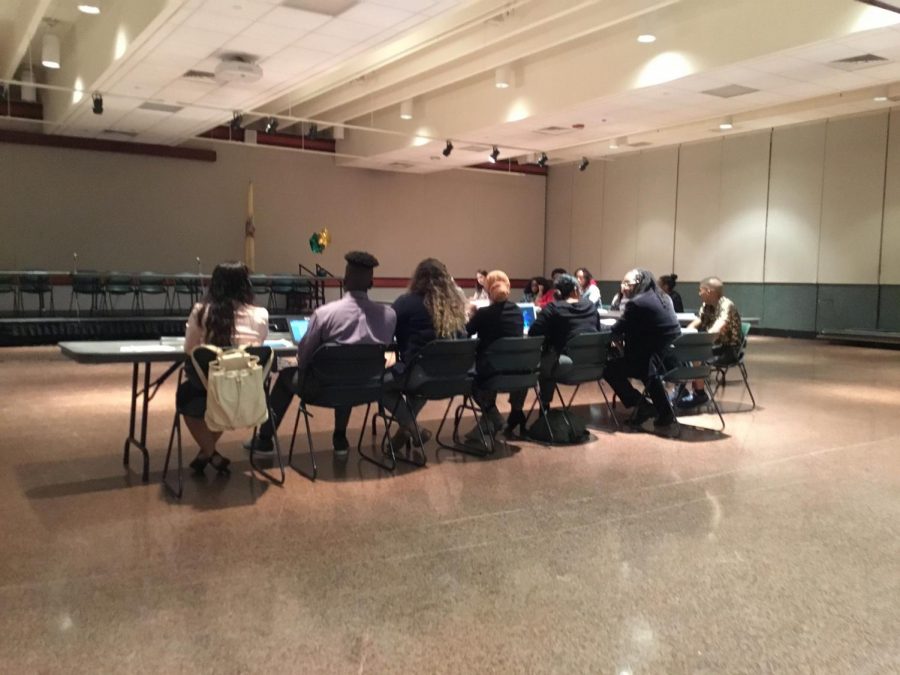 The NJCU Student Government Organization (SGO) election debates began with a council meeting, one of several that will take place over the course of the year. Various group leaders took time to highlight and discuss old, new and current business, which included the SGO Budget. The council, which is composed of the presidents from all officially recognized clubs of NJCU, discussed the events of the next month as well as the next council meeting which will be held on October 15th.

The freshman class candidates took to the stage with a total of eight Presidential candidates, three Vice President and two Secretaries. The freshmen candidates began discussing their plans for the school year and were each given a total of one minute to summarize their answers for the council, the board and audience.

Maia Tejeda, running for Sophomore Class Secretary, explained how her experience within the student body has prepared her for the role and how miscommunication was her main concern for her class.

Marcus Daniels and Lydia Pagan are each running for Junior Class President, and when asked about their future plans for office Daniels discussed his plans for implementing workshops, while Pagan described her desire for outreach programs.

Akelae Spring, Senior Class Secretarial candidate, detailed her involvement on campus, and expressed that it made her hyper aware that the students were not being properly informed about coming events.

The finale for the debate was composed of five Vice President of Activities candidates. While the session was loaded with questions from council members, board members and the audience, the highlights began when the board asked the candidates to give three realistic visions for events if they were in office.

Arisha Andha, who has previously worked under the Vice President of Activities, was specifically asked about her experience with the board, as well as her ability to manage her time between the very demanding Executive Board, school and personal responsibilities.

Regardless of who will win each of the demanding offices, every student is encouraged to come and support their fellow classmates for their hard work and dedication to ensure NJCU can progress into the future.
Class office elections will be this Thursday, September 27th from 9 a.m. to 9 p.m. in the GSUB Lobby.