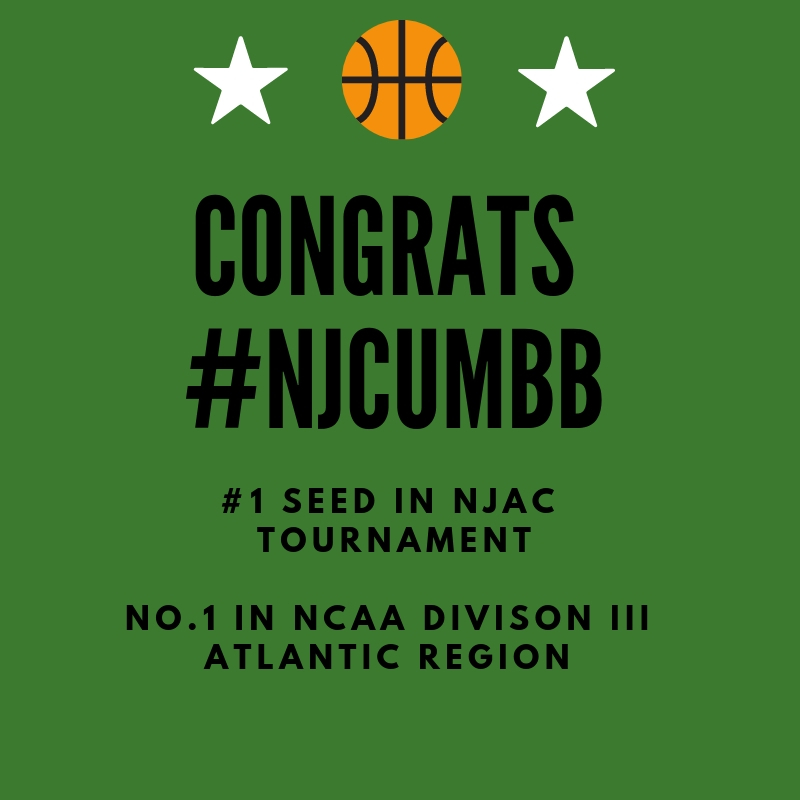 NJCU Men’s Basketball are fresh off an eventful week. On February 6, NJCU was ranked No. 1 in the National Collegiate Athletic Association (NCAA) Division III Atlantic Region. This will be the fifth time that NJCU has been ranked No. 1. On February 9, the team challenged Rutgers-Camden and also celebrated senior day. NJCU honored Yuri Brutus, Lavrone Green, Shaquan Worthy, James Julius, Salomon Pierre and James Richardson before the game.

The Gothic Knights were impressive in both halves of the game and the team earned another win. The final score was 93-73. NJCU is 19-5 for the regular season and 14-3 in New Jersey Athletic Conference (NJAC).

The team will close out their regular season when they challenge Ramapo College on February 13. Stay tuned here and on NJCU Gothic Knights for more information about NJCU Athletics.