#NJCUMBB Defeated in First Round of NCAA Tournament 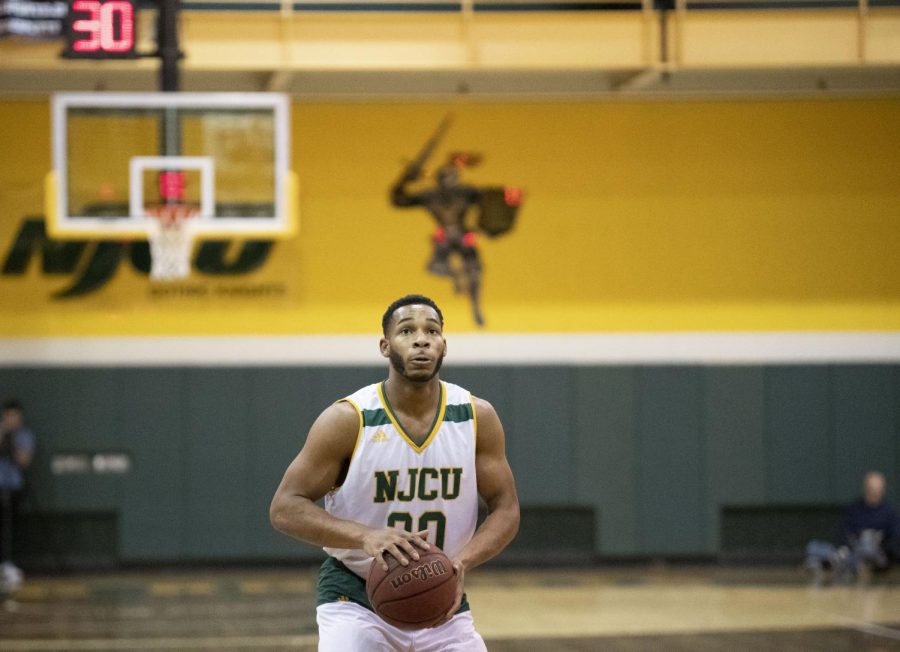 New Jersey City University’s men’s basketball team faced Arcadia University (23-5) in Marietta, Ohio for the first round in the NCAA tournament on March 1.

NJCU struggled to collect enough shots to win the first half however Arcadia proved to be a tough competitor when they led the game by 18 points. The Gothic Knights were scoreless until Lavrone Green shot a three-pointer with 17:42 on the clock. Soon after, the team managed to catch up but only by a few points. With less than 15 seconds left in the first half, Arcadia collected two free throws which allowed the team to win 39-21.

The Gothic Knights trailed by 20 when Arcadia opened the second half with a layup at 19:39. The team attempted to narrow the score throughout the game. With 00:06 seconds left, Denzel Banks cashed in two points with a layup and free throw but that still was not enough to win or tie. Arcadia won with a 20-point margin.

NJCU failed to advance in the tournament for the third year in a row. Despite the season coming to an end, the team still had a successful season with 20 wins and 8 losses.